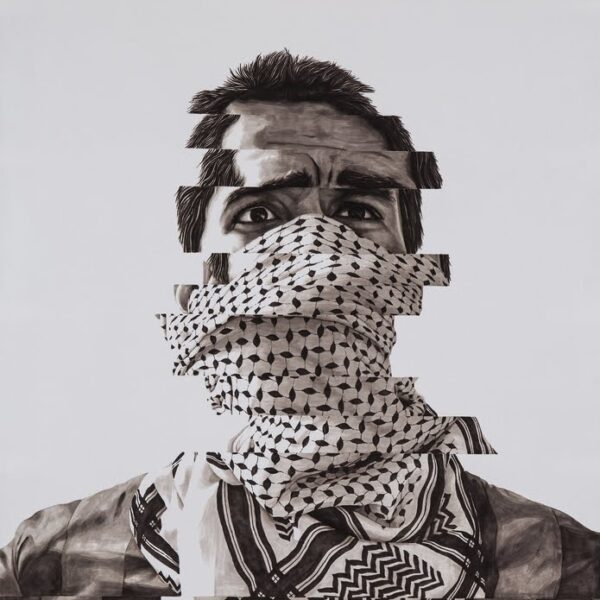 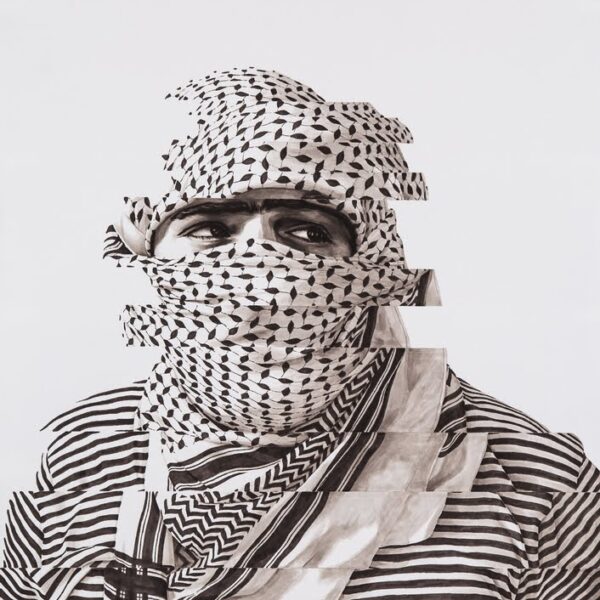 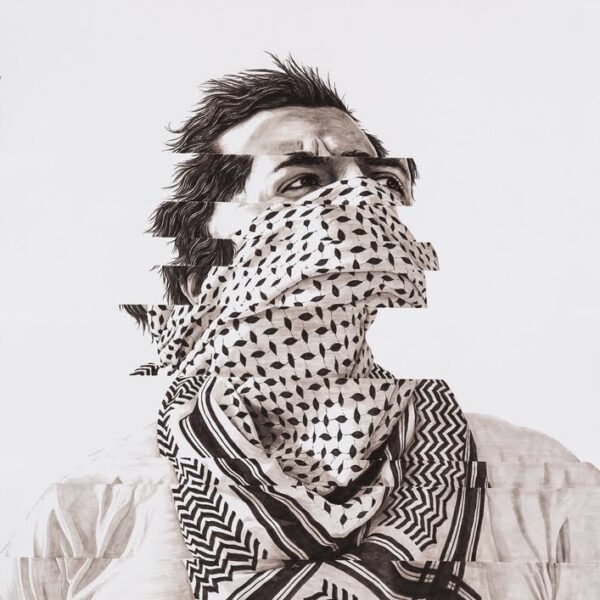 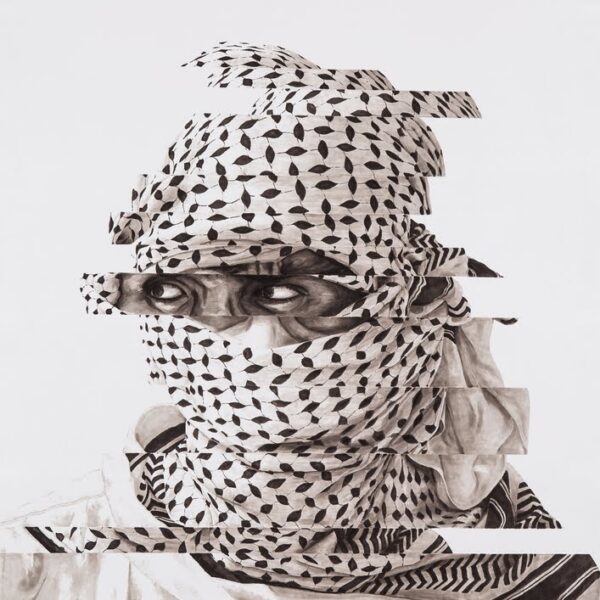 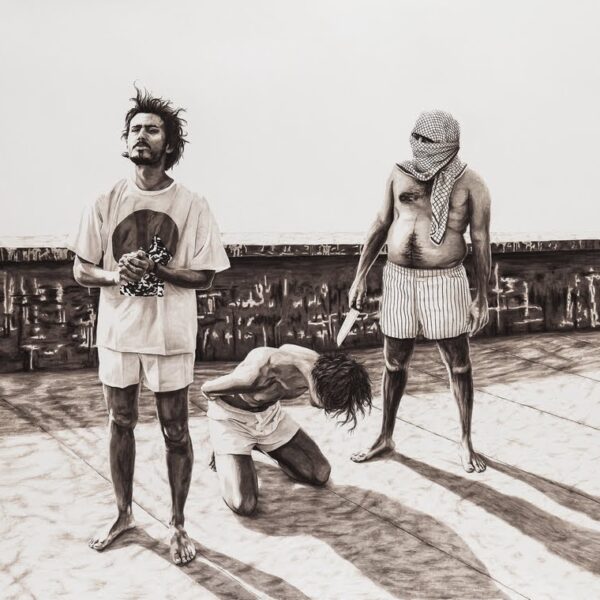 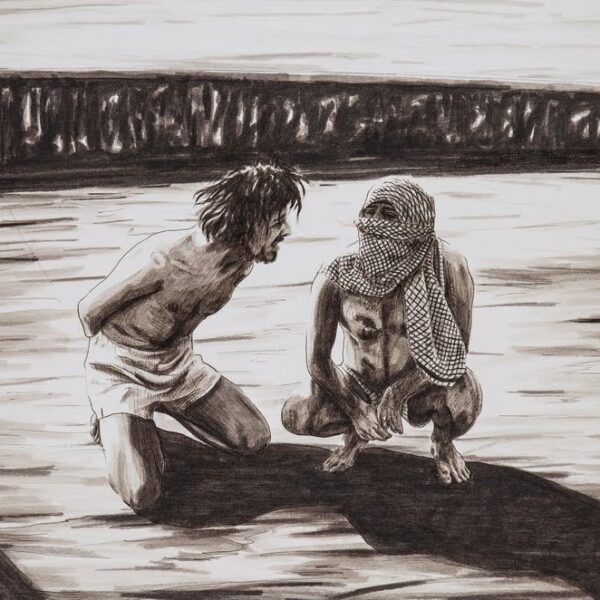 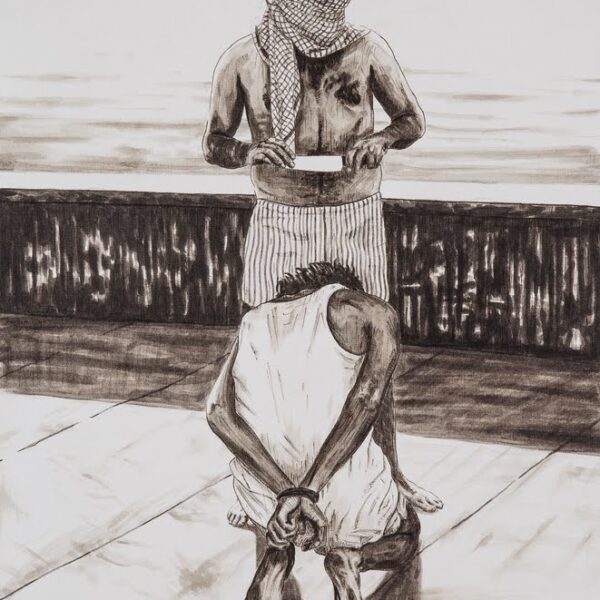 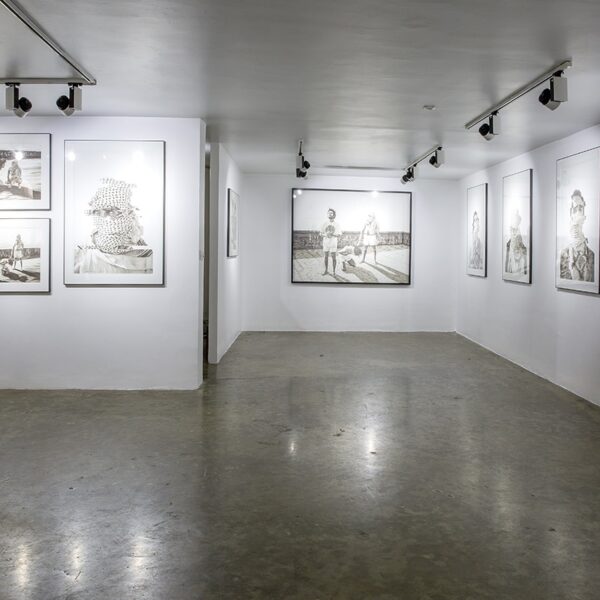 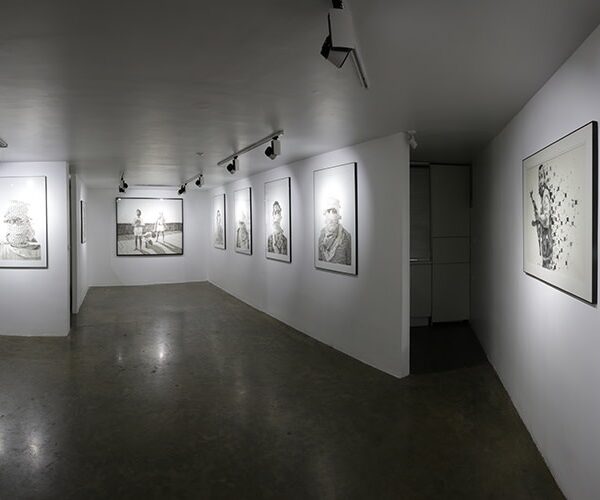 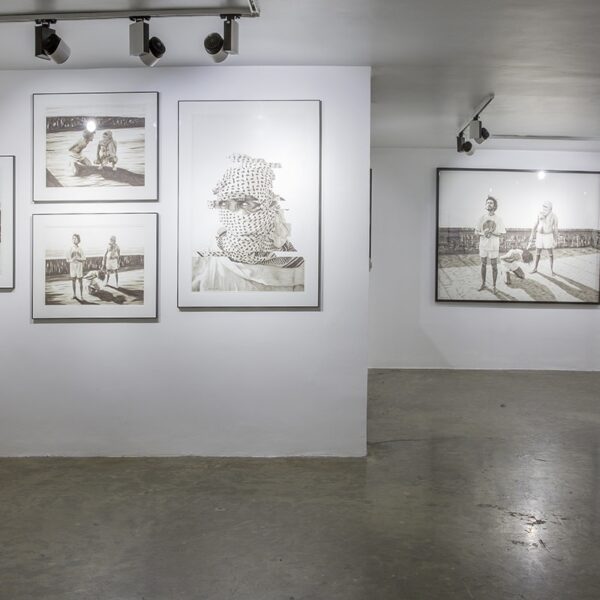 Due to my Dad’s job as a young kid I was fortunate to constantly be on the road, going through the war-ridden cities of the south just after the war and experiencing the vast desert landscapes with its burning sun, alongside meeting the most kind-hearted impoverished Arab minorities of Iran, had an impact on me to be materialized years later in this series.

Later on, as I was going through elementary school; one day when I was playing in my room with a friend of mine, in our apartment in Tehran, I heard a sudden scream from my mom, When I rushed to the living room I found my parents wide-eyed staring at the tv. It was September 11, 2001.

I had no idea how much this will impact the middle east, Iran, and even my personal life.

Things started to change; the bad guys in the movies were no longer masculine white Russian men wearing leather jackets, they turned into brown skin men with kaffiyehs and football shirts talking in weird racist accents. Arab’s found a prime spot in video games and  TV got filled with the masked angry men wearing Adidas tracksuits and flipflops holding AK-47s and shiny knives.

The Kaffiyeh has been one of the prime symbolisms of the middle east; the Palestinian freedom fighters, Egyptian protestors during the Arab spring, Iranian soldiers during the Iran-Iraq war, Al-Qaeda, Isis and etc. the kaffiyeh shields you from the sand and the burning sun, and before the age of facial recognition, concealed your identity. With facial recognition, satellites, and drone technology there is no place to hide from the wrath of the new age crusaders. And with globalization and the refugee crisis, there is no place to hide from the Jihadis.

Terrified and paranoid eyes, football shirts, and Kaffiyehs under the intense light were the images I had to share with you. 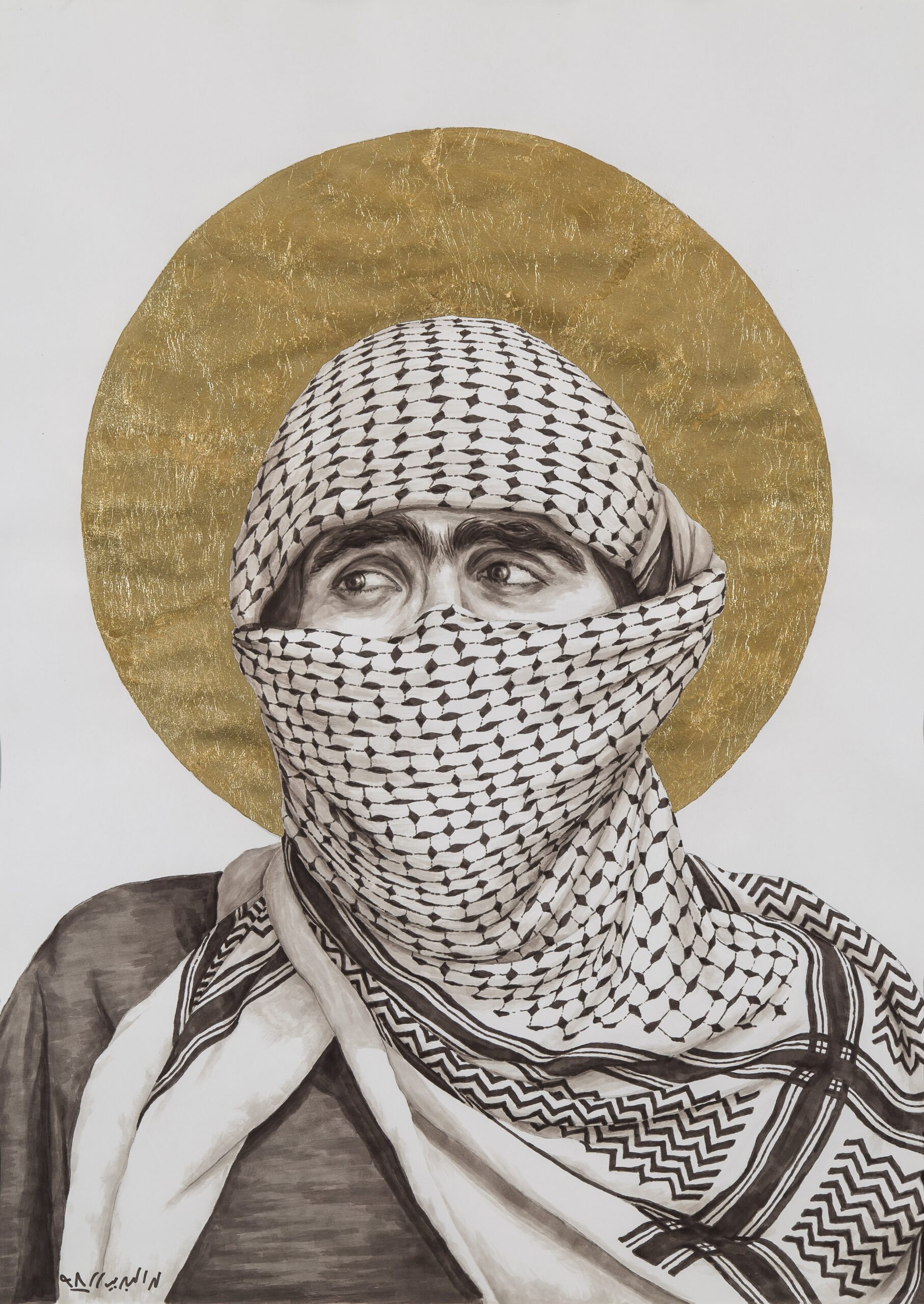 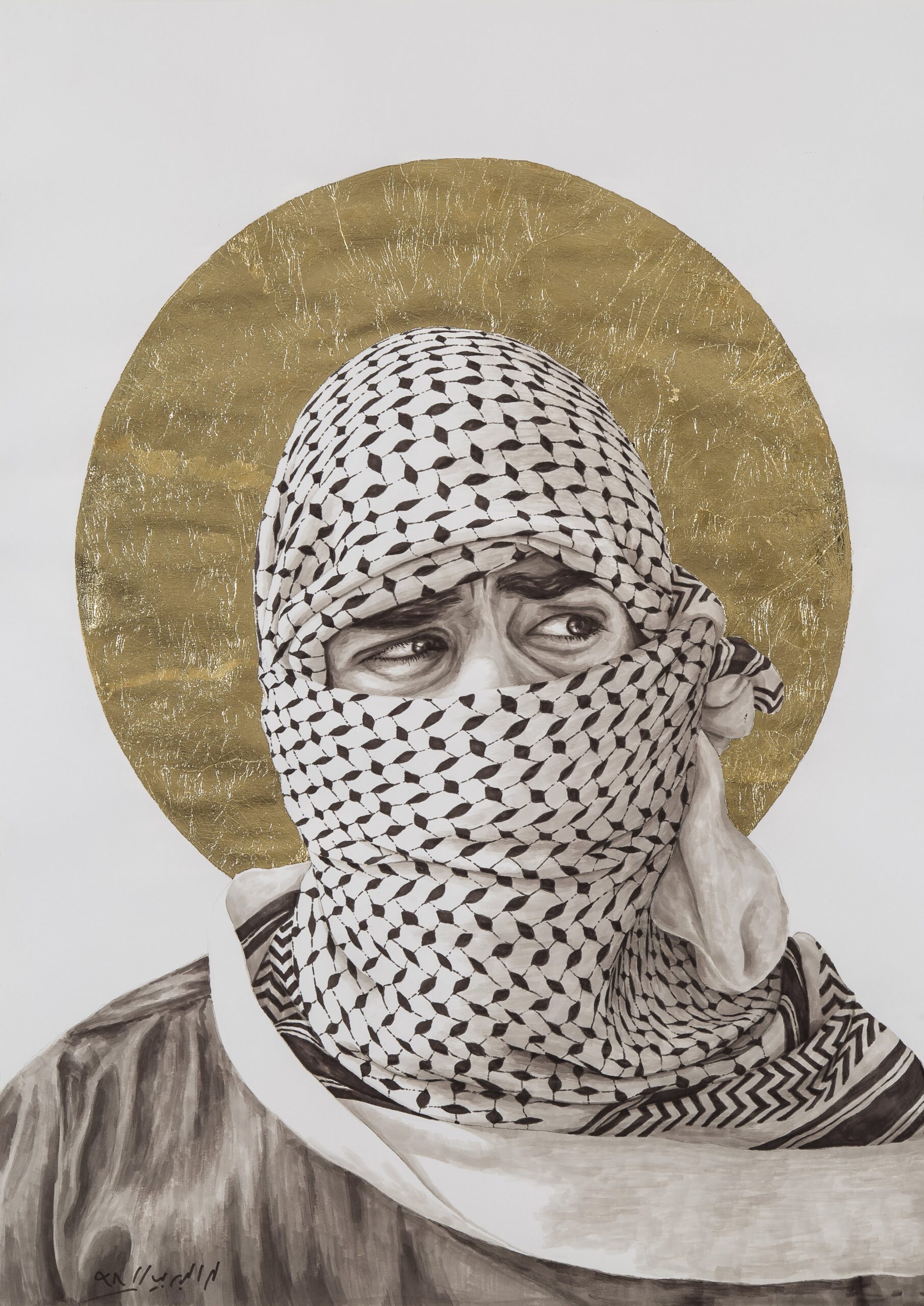 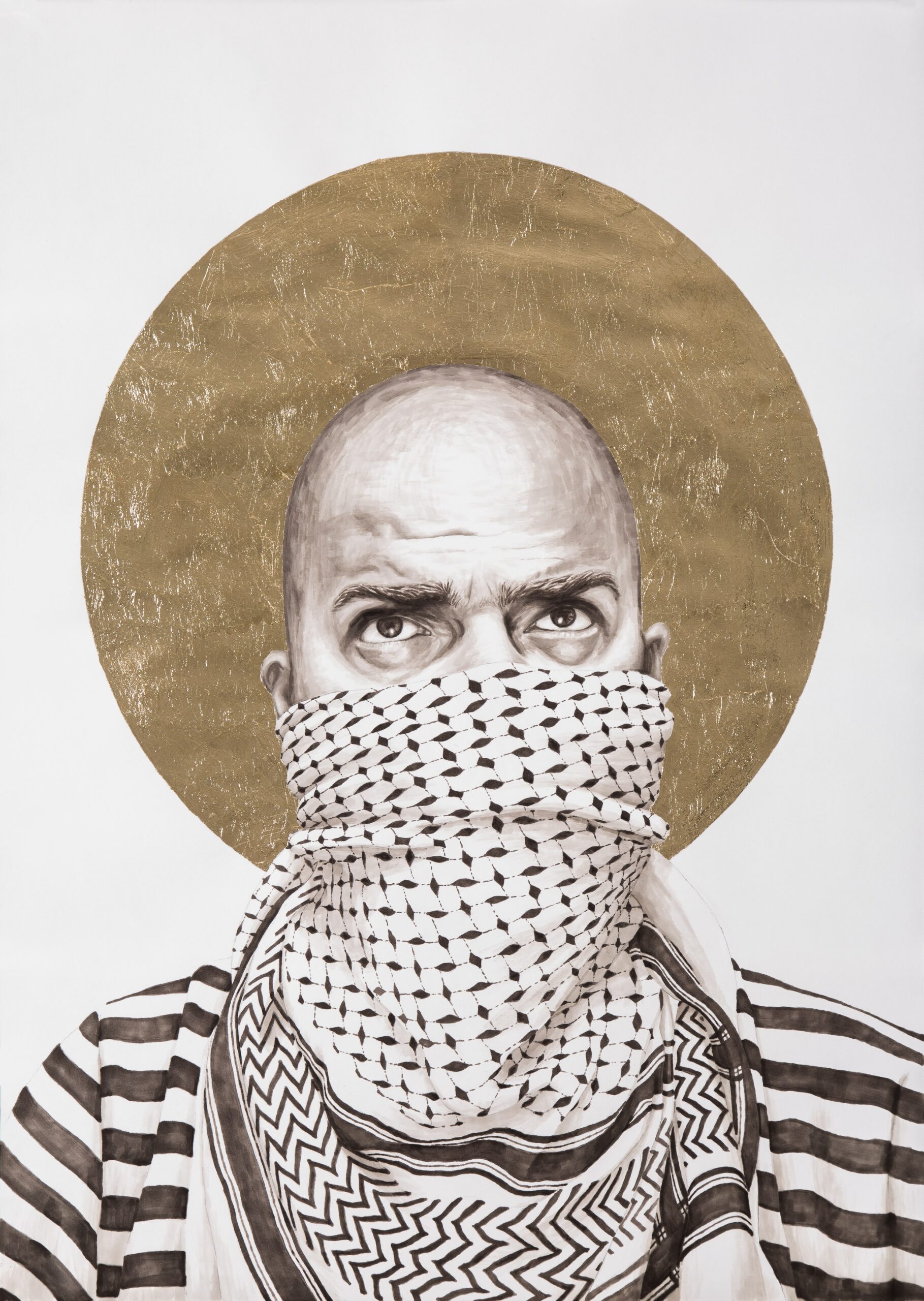 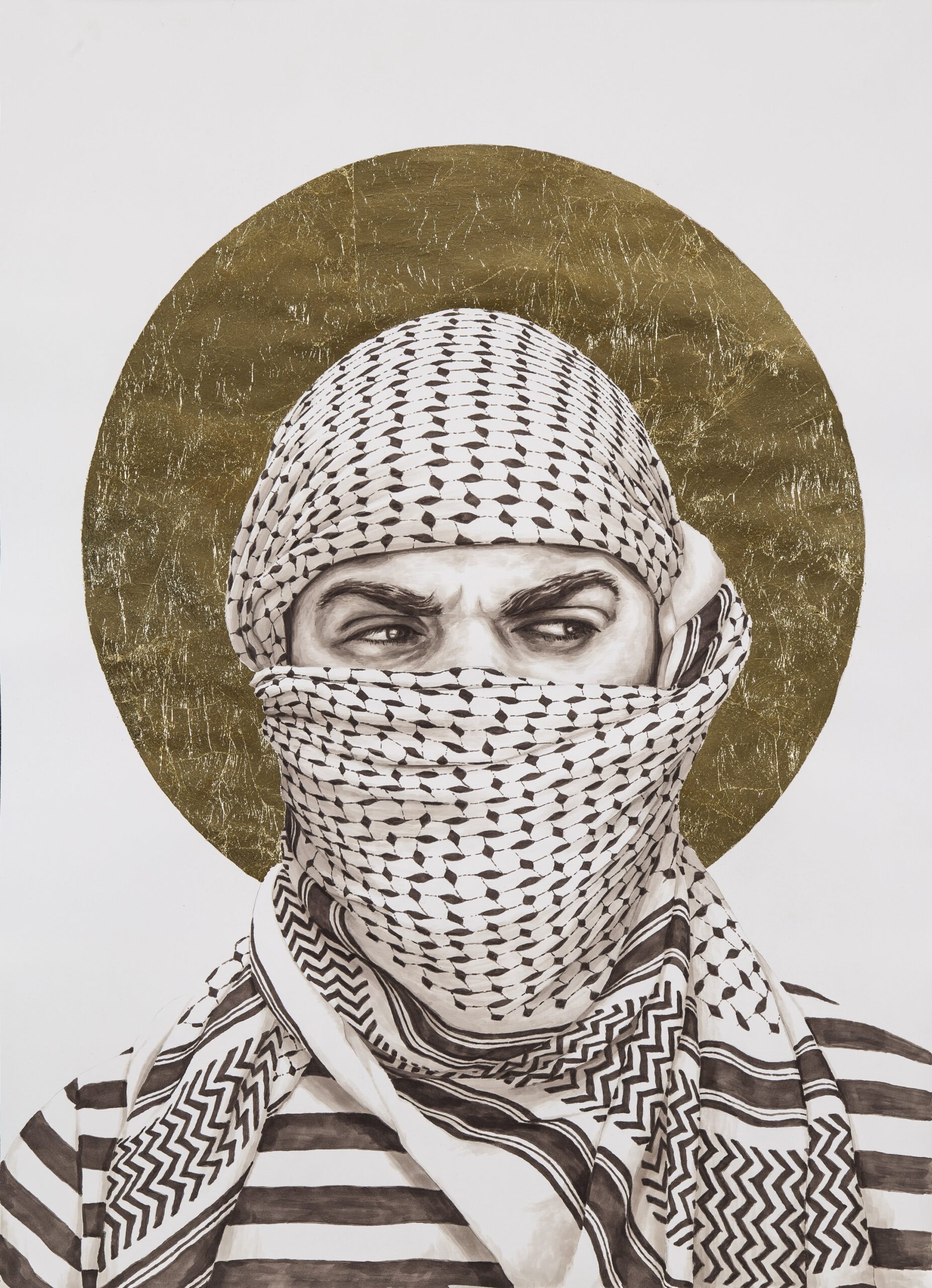 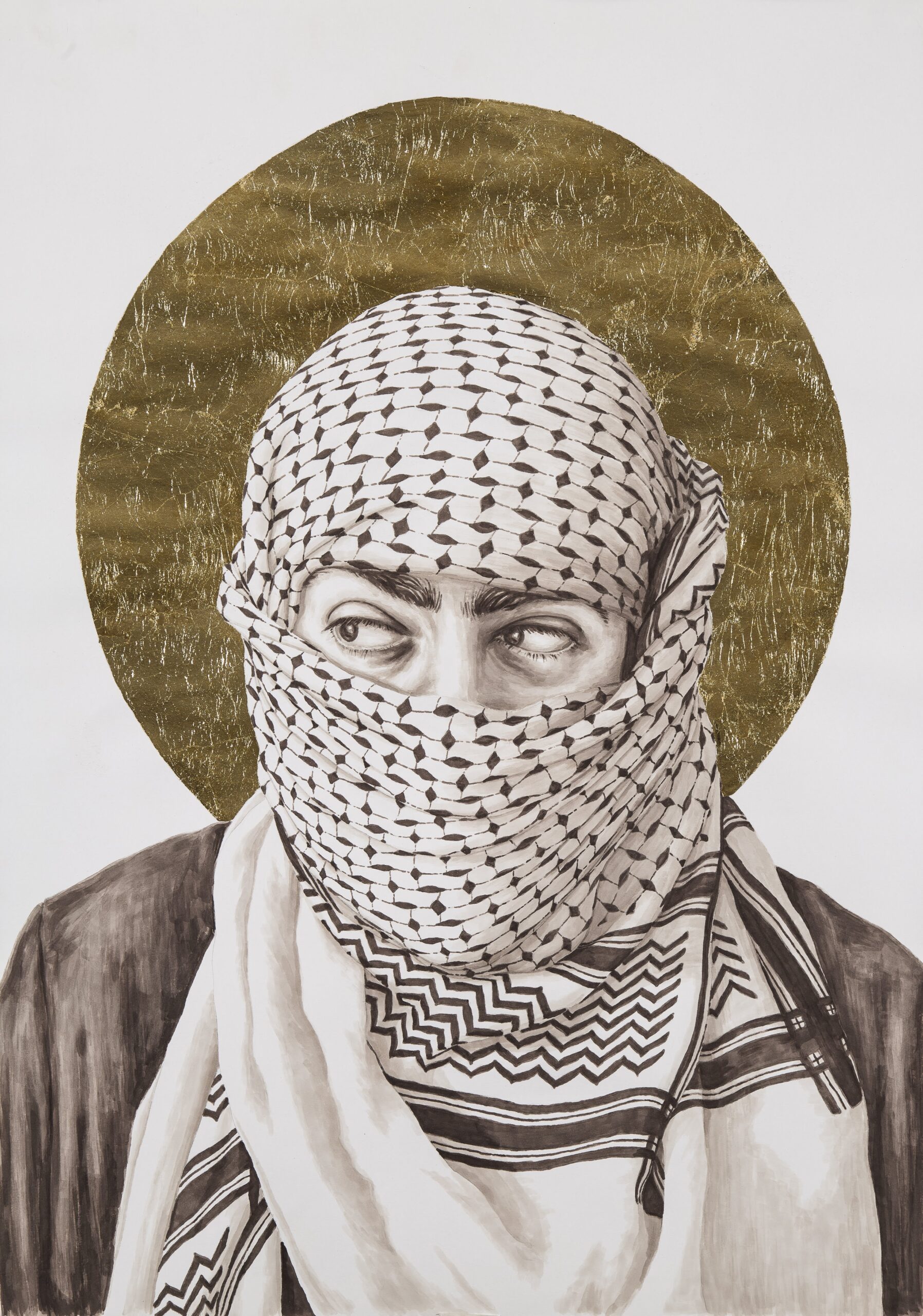 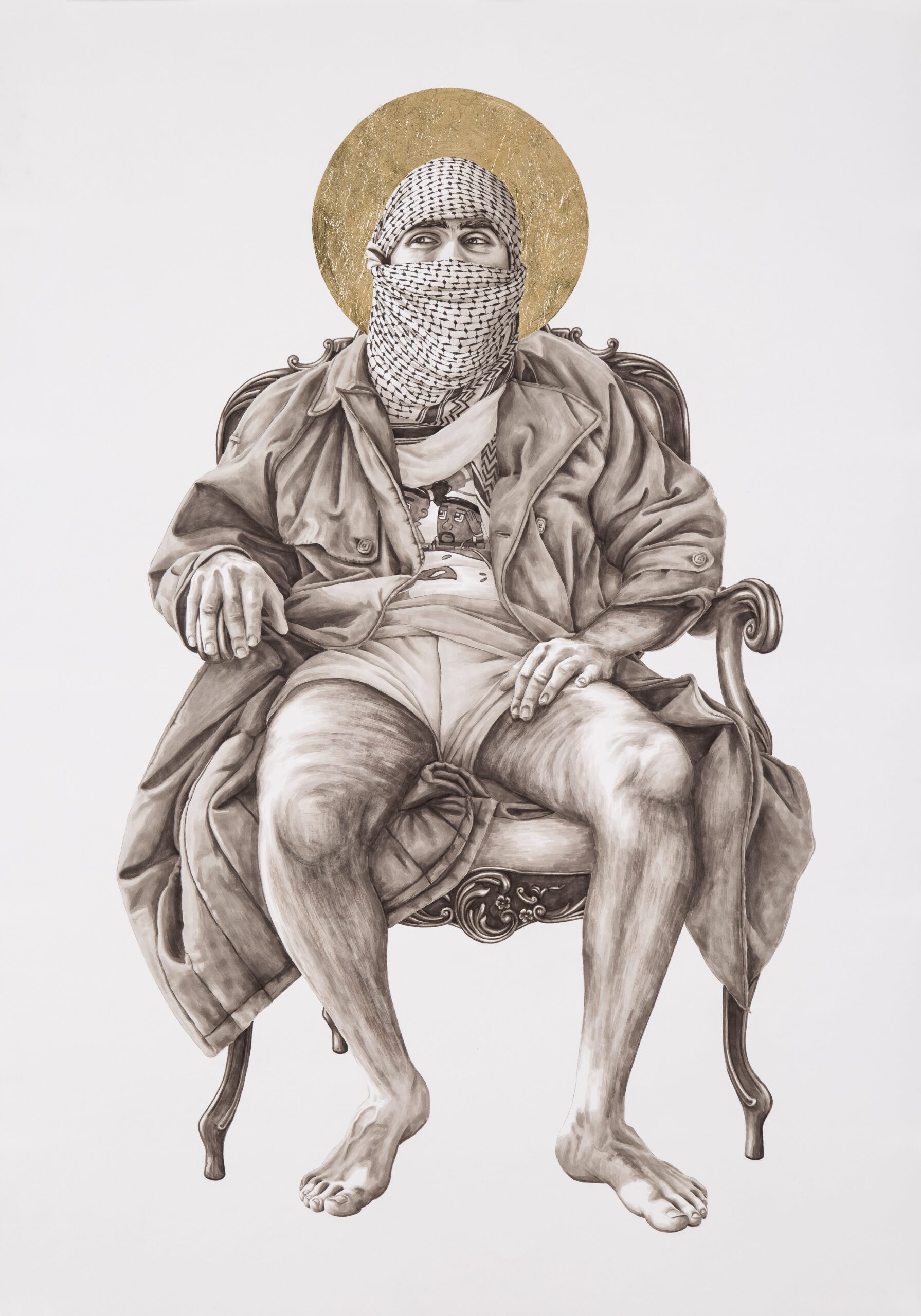 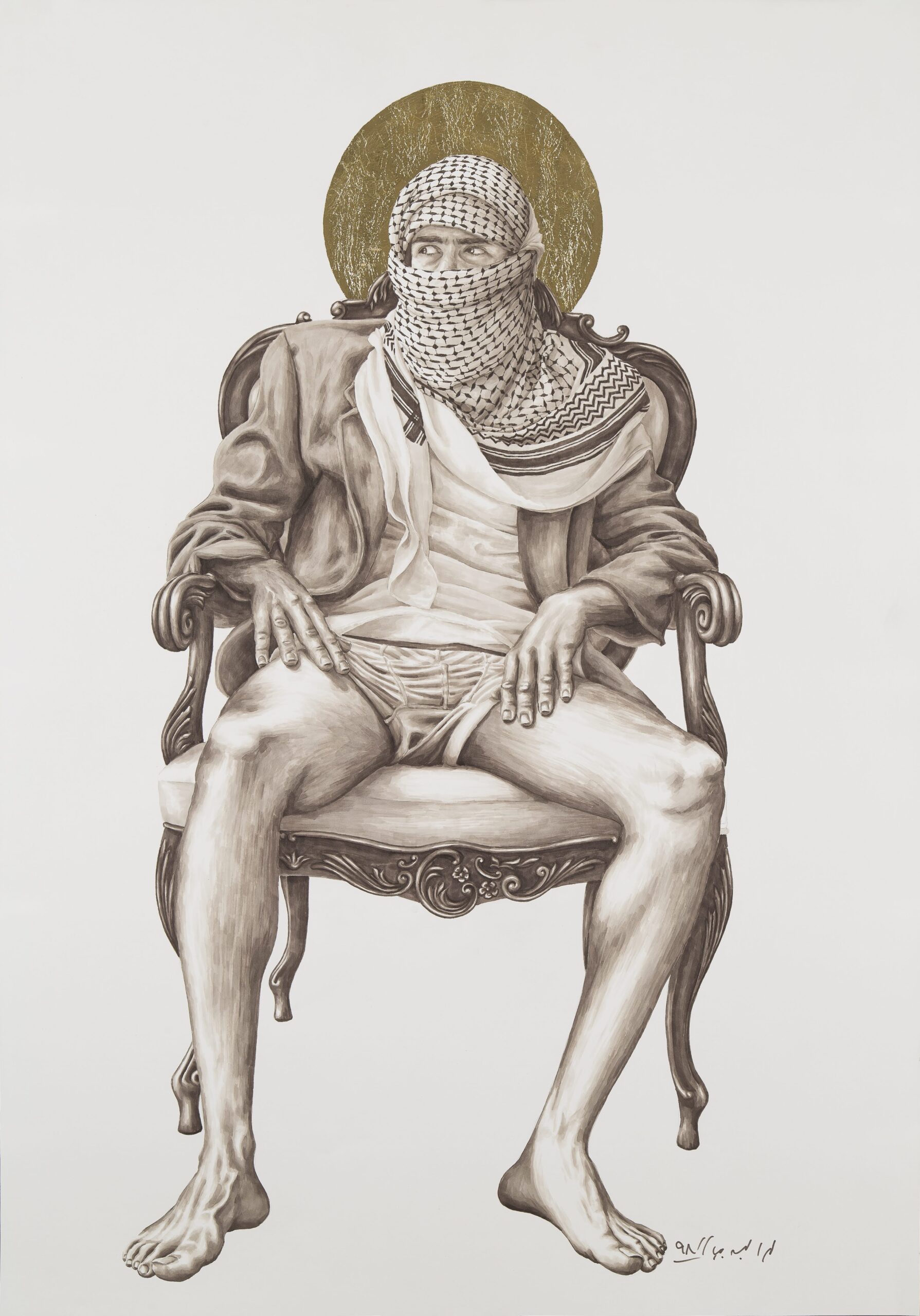 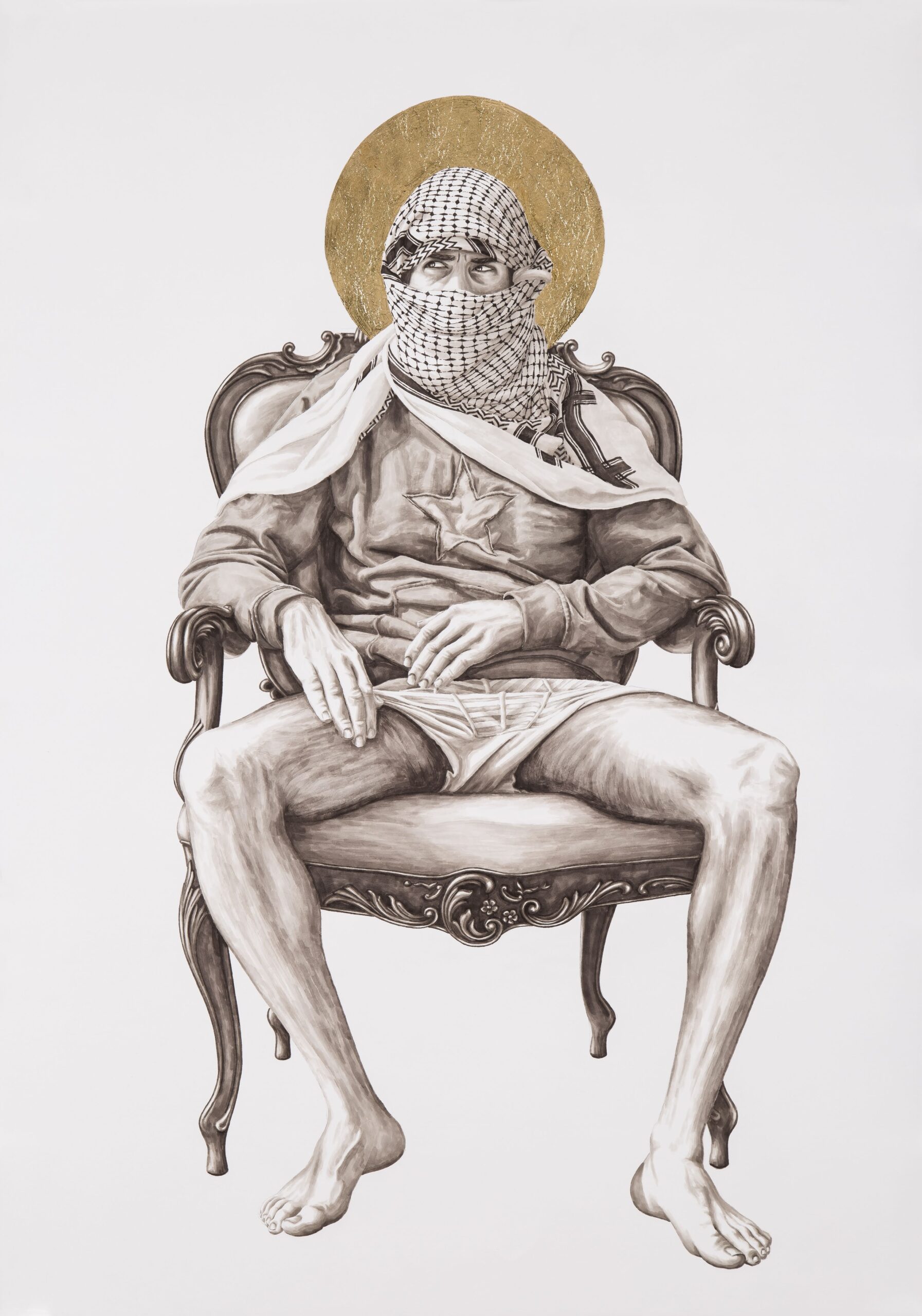 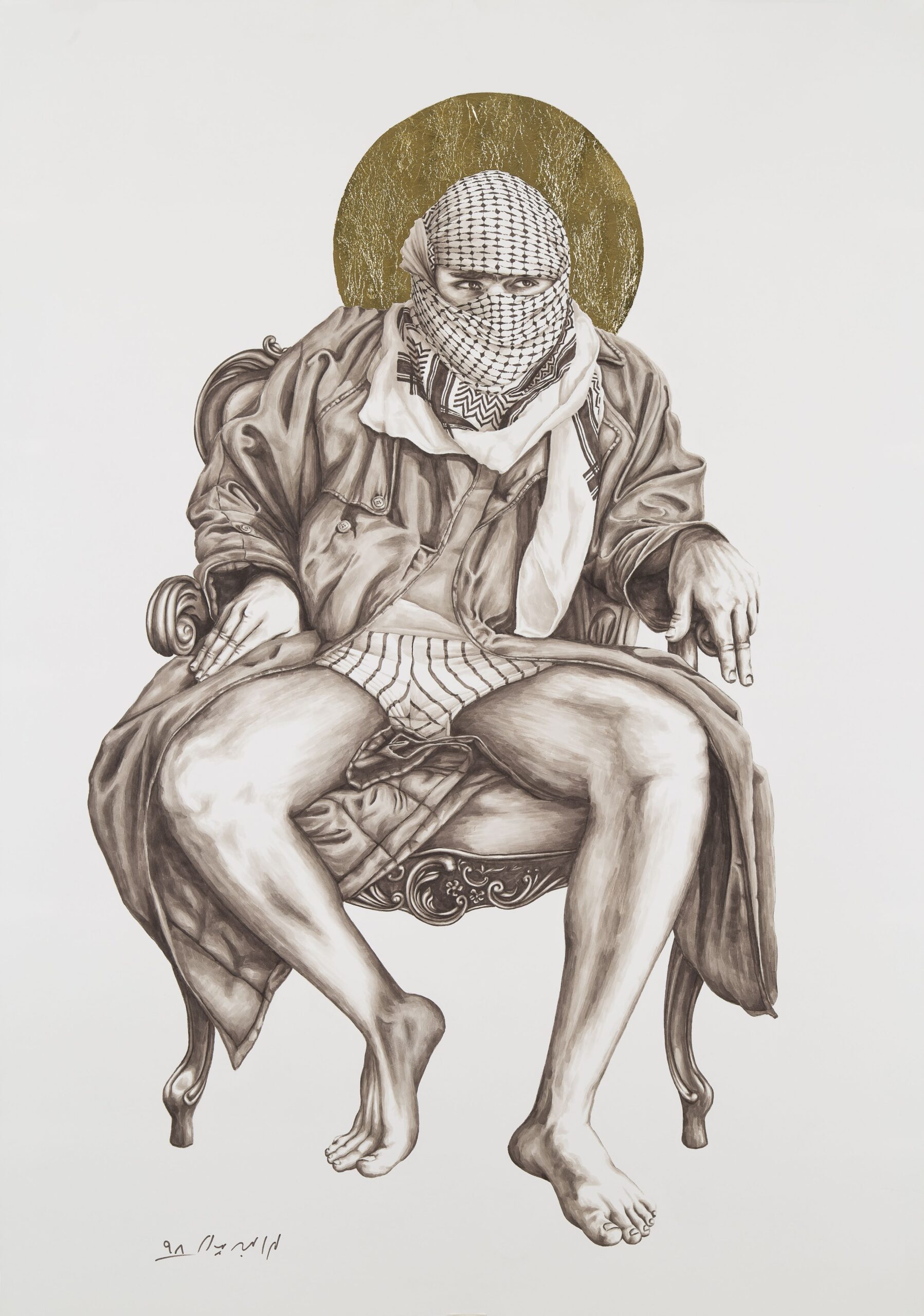 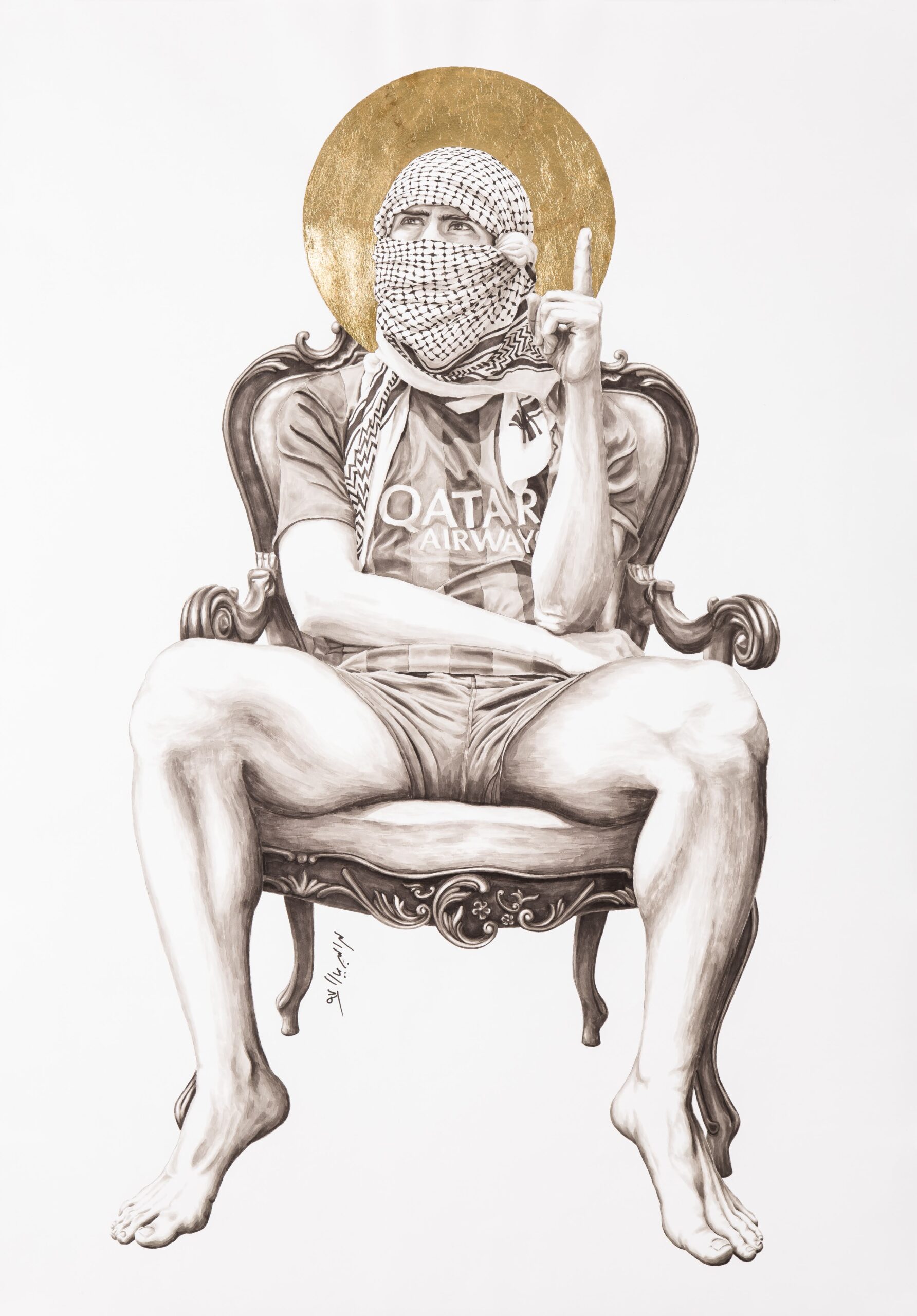 Follow up to his second solo show at Dastan Gallery, Holy domesticated tackles Lohrasb Bayat’s decade long obsession with early renaissance art, and asks fundamental questions on the concept of holiness and sanctity in both eastern and western traditions.

In his Holy Domesticated series, Bayat demonstrates a rustic sense of humor through a marriage of middle eastern sub-cultures and references to early renaissance and Persian miniature paintings. like his Domesticated series contrary  to the obvious symbols of dominance and power, the images are light and refined.

With ever raising attention to the Middle East, along with the current flourishing of its art scene, it is becoming increasingly urgent to reflect on the region’s visual culture. 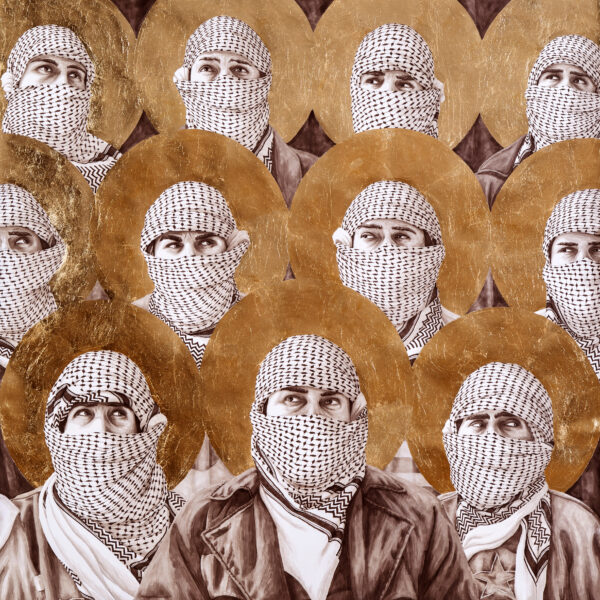 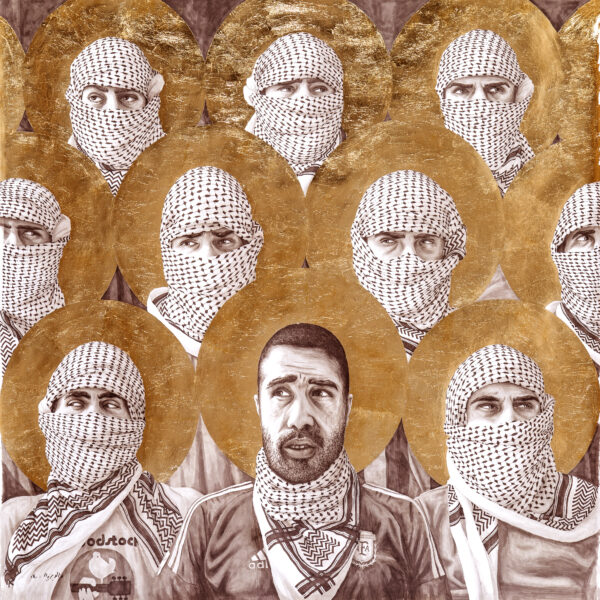 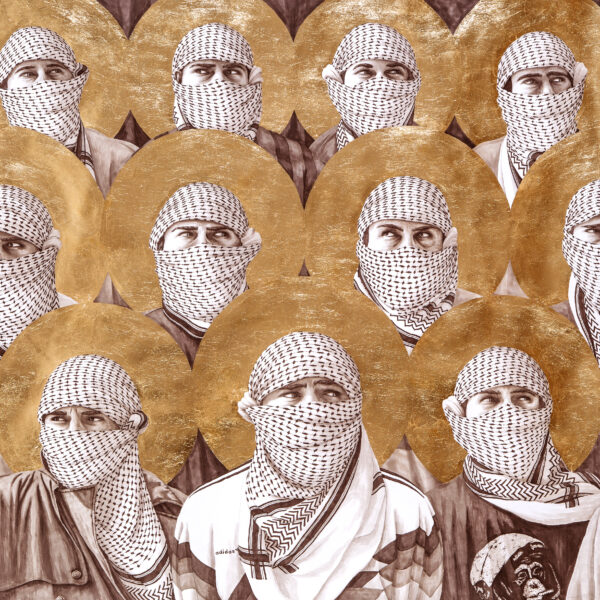 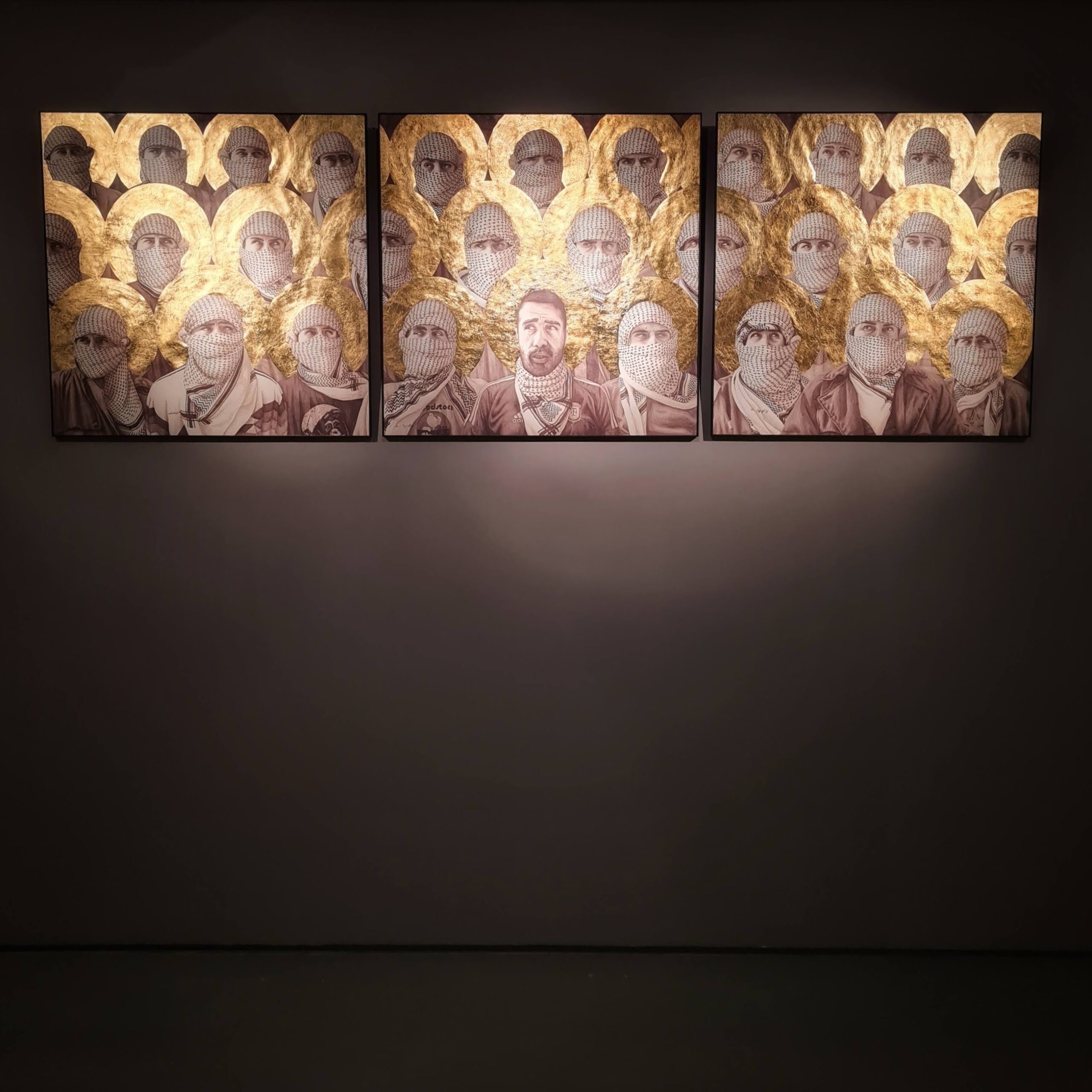 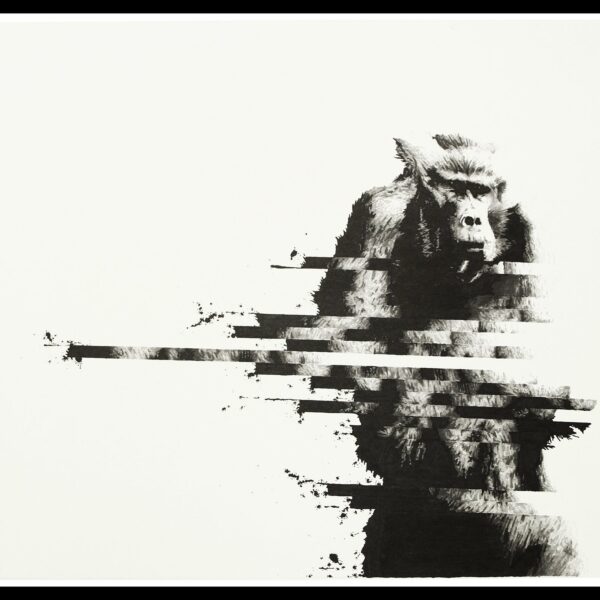 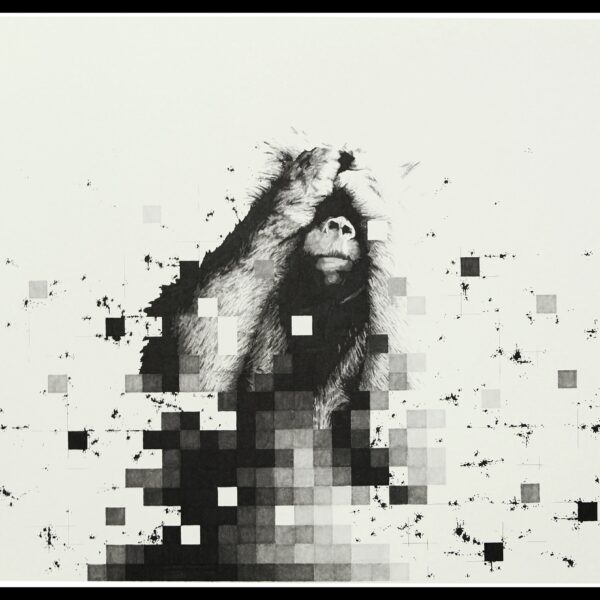