Born in 1990 Tehran, Iran. A self-thought artist, Lohrasb Bayat’s work emerges from his interest in history, race, sexuality, politics, and climate change. Spending his early childhood constantly on the road, going through the war-ridden cities of the south just after the war and experiencing the vast desert landscapes, alongside meeting the most kind-hearted impoverished Arab minorities of Iran,  clearly had an impact to be materialized years later in his oeuvre.

Lohrasb Bayat’s work is a commentary on culture and aims to both examine and upend established ways of looking. By distorting assumed certainties of belief, Lohrasb Bayat questions accepted cultural and socio-economic systems and ideological viewpoints as well as their persistence over time, and seeks to transform historical and political issues into a soft and domesticated visual form.

In his Domesticated series, contrary to the harsh nature of his subjects,  his pictures do not bear much violence and are easy on the eyes; figures concealing their identities under the intense light of the desert, gazing outside with paranoid and worried eyes, painted with soft and precise strokes in their underwear as if they are about to go to bed together.

Later in his next series, he tackles a decade long obsession with early renaissance art and asks questions about the concept of holiness in the eastern and western tradition of painting and culture.

In his recent works, he’s depicting  the ever-growing shadow of Global warming and climate change and its effects on the perished ancient civilizations. the title of his upcoming show is Collapse. 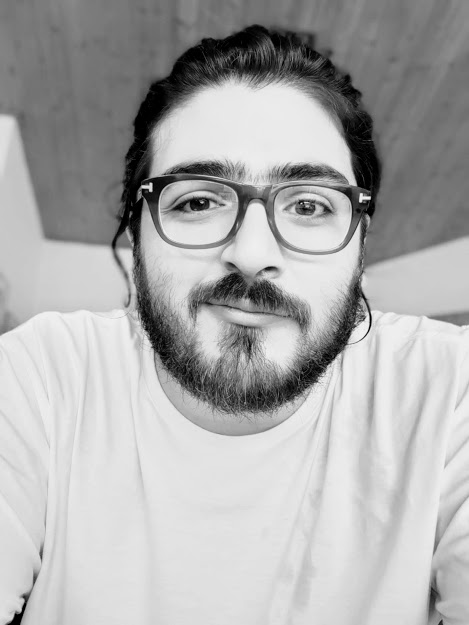